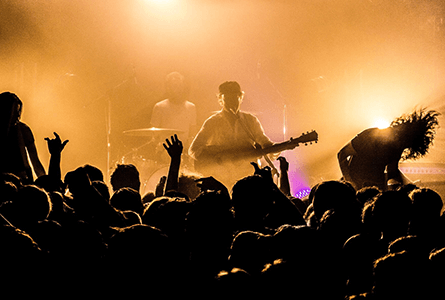 Currently in 2018 not only is The Zoo possibly one of the longest standing music venues in Australia, it has been independently owned, operated and booked by females for the past 26 years.

The Zoo is located in the Shannon’s building on Ann St was built in the 1920s, a large warehouse/factory space was created on the first floor. Perhaps it was deemed more viable to make a space for manufacturing. Many of the original features of the building remain, including lead light windows in the downstairs shop entrances, exterior tiling, intricate brick work within the façade, timber sash windows on the first floor and street awning. Fast forward 40 years… in 1992 711 Ann St transformed yet again –into The Zoo, a cult venue that has hosted the likes of The Pixies, Silverchair, Violent Soho, The Black Keys, Gomez, Tortoise, Mogwai, Nick Cave and the Dirty Three, Ben Harper, Stephen Malkmus, Real Estate, Jon Spencer Blues Explosion, Regurgitator, Spiderbait, Powderfinger, Lorde, Resin Dogs, Butterfingers and thousands of other local, national and international artists and special events.

The Zoo is an incredibly special place and it has a heart and a soul. So here’s to another 20 years of The Zoo, rest easy that it will always continue to nurture musicians and bring music to the masses.