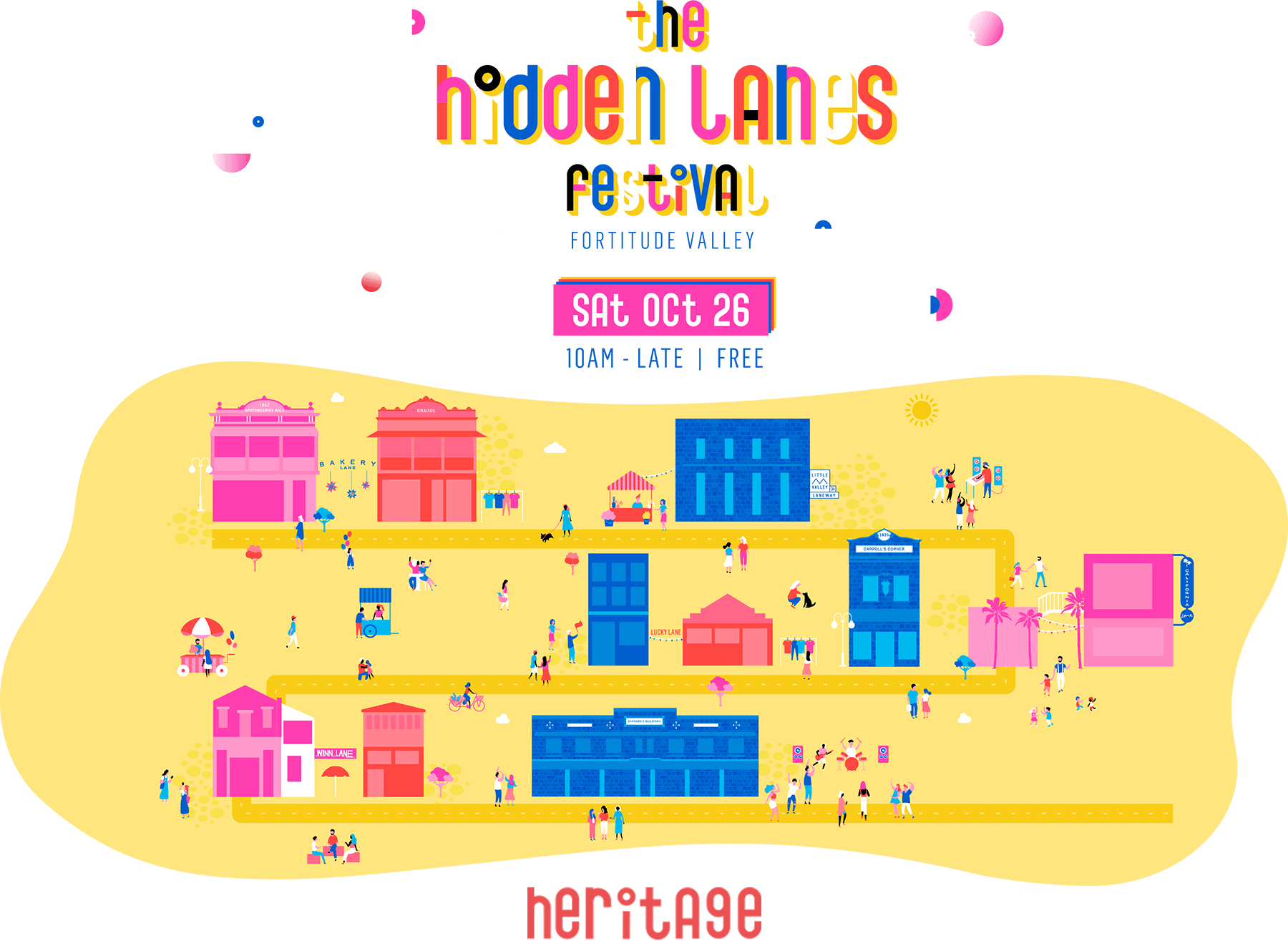 Bakery Lane, Winn Lane and California Lane all have a fascinating past. Journey down the hidden laneways and hear the stories of the heritage listed buildings within them. The guided walk will take you to some of the oldest preserved commercial buildings in Brisbane that were built in the boom times of the late 1800’s and turn of the century.The story of our Lanes includes visits inside an 1880s apothecary and one of Brisbane’s longest running music venues.

Tours take around 30 minutes and are FREE. Discover The History of the Lanes

With its distinctive Interactive Lighting Sculpture designed by Shahil covering the length of the Lane, the recently opened Little Valley Lane in Warner Street, Fortitude Valley takes its name from the Neo- Chinese restaurant and bar that runs alongside it. Little Valley Restaurant aspires to carry on the rich Chinese cultural heritage of the Fortitude Valley area, with new takes on traditional dishes from many of the regional cuisines of China.

The lane is behind a historic masonry corner building designed in 1922 by prominent Brisbane architect E. M. Myers which for years was occupied by B.C.C Food Stores, the main supermarket for locals in the 60s and 70s. Now the building is occupied by a bar, Finney Isles which takes its name from the original drapery business Finney Isles & Co that operated from a smaller building on the site back in the mid-1800s.

Just off busy Ann Street Fortitude Valley, this lane was once a restricted access road for Energex electricity. In 2013, it was opened up as part of the activation of city laneways by Brisbane City Council and given the name Lucky Lane. It was named after an Italian restaurant, Lucky’s Trattoria.

Back in the early 70s, Luciano Morselli (or Lucky as he is better known) opened his trattoria, in the corner building where the Beat Nightclub now stands. With its authentic Italian food and bohemian feel, it was a popular late night restaurant for locals. Lucky, who arrived in Australia in 1969 from Modena Italy, has always been in the hospitality industry, and worked at Milano Restaurant before opening his own business.

The ‘little man in braces’ opened the doors for over 25 years, sharing with Brisbane the joy of Italian food and culture.

With the development of California Lane, Lucky Lane provides a pedestrian link from McLachlan Street to Ann Street.