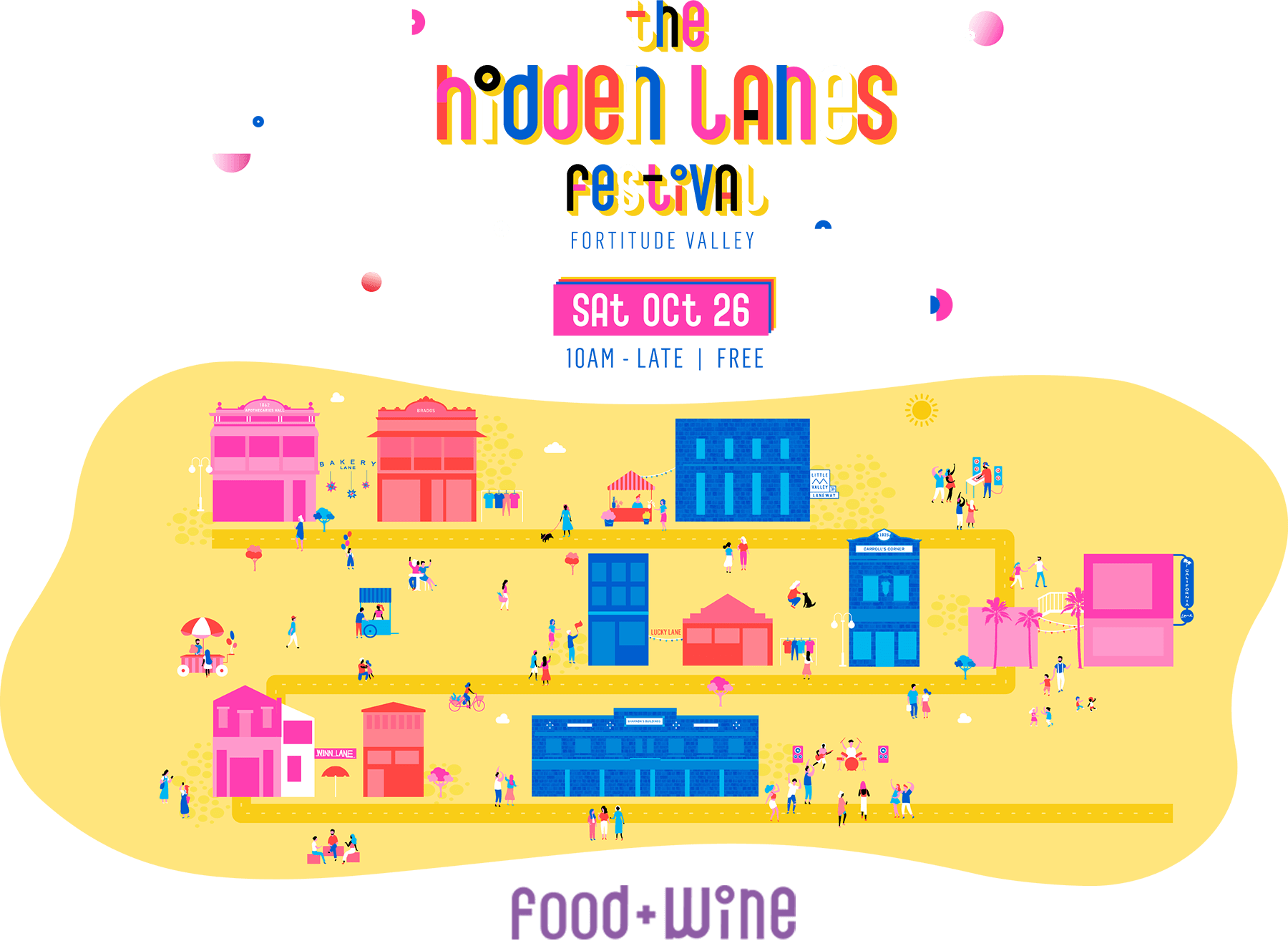 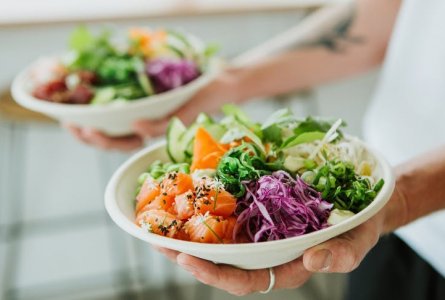 Since opening their first dedicated poke bar in Mooloolaba in 2017, the enterprising minds behind Raw + Rice have cornered the poké market across the Sunshine Coast. Last week Raw + Rice unveiled its first Brisbane location – a chic hole-in-the-wall space in California Lane. The booming alleyway space is a no-brainer option for the coast-born brand, with Raw + Rice’s nutritious, colourful and sustainably minded poke bowls proving the perfect addition to California Lane’s LA-inspired palm-tree aesthetic.

Australia’s food landscape can be split into two eras – pre- and post-poke. The Hawaiian-inspired dish has caught on in a big way since first arriving Down Under, and few spots have executed the dish as well as the team at Raw + Rice. The brainchild of Ben Glass and James Brust, Raw + Rice was inspired by the crew’s own visits to Los Angeles, where poke had already cemented itself as one of the most popular healthy options going. Upon returning to our sandy shores, the boys got to work filling the gap in the local market by opening their own poke concept – one that foregrounded freshness, variability, sustainability and flavour. Since the opening of its flagship Mooloolaba location, Raw + Rice has grown to boast outposts in Noosa, Caloundra and now Brisbane. Ben and James, alongside store development manager Zain Boag, secured a tidy spot in California Lane – a non-commercialised hub of local endeavour that aligned well with Raw + Rice’s community-minded ethos.

Raw + Rice’s menu options are described as a ‘nod of gratitude to our abundant surrounds’, with every detail of the dish considered from source to sauce. Local ingredients are selected to minimise carbon footprint, while protein suppliers – such as Raw + Rice’s preferred salmon source Huon Salmon – are chosen on ethical grounds. At Raw + Rice, poke is where the menu starts and ends, but the scope for malleability is large. Diners can pop in and select from one of the suggested bowl combos, or opt to build their own. First, select a base (sushi rice, brown rice, quinoa or mixed greens) then follow it up with your protein of choice – we’re talking salmon, tuna or ocean trout (depending on seasonal availability), white fish, soy tofu or poached chicken. Once the essentials are locked in, get creative with ‘the freshness’ – avocado, red onion, carrot, edamame, wakame, coriander, bean sprouts and much more. The final touches are then added, including sauces such as sesame tahini, ponzu, wasabi mayo or tamari, as well as a bit of crunch from the likes of wasabi peas, crisp shallots, sesame seeds, tobiko or nori. Once you’ve got the perfect poke bowl, you can pair it down with a kombucha, Carton & Co. water, an ice-cold Karma Cola or a fresh whole coconut. All packaging comes from BioPak, which specialises in biodegradable products made from mulched sugar cane. Additionally, Raw + Rice chooses to pluck its staff from the local communities, engaging with schools to provide employment opportunities and training to kids looking to build their resume.

Back To Food & Wine