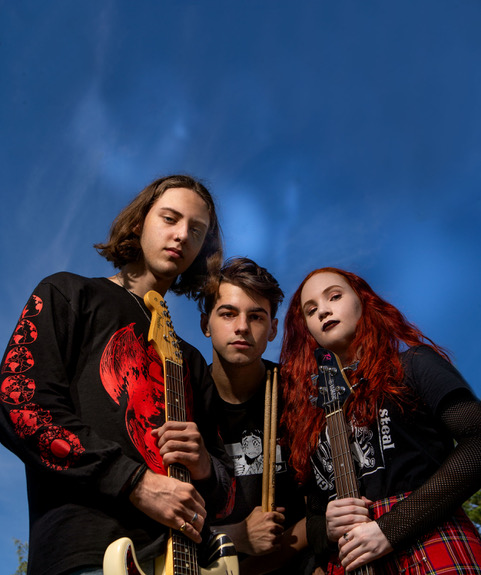 Emerging from Brisbane’s underground punk rock scene, The Blockades have become the city’s most popular under-age rock band. After enthralling a 5000+ crowd of protesters as part of The School Climate Strike in front of Parliament House, the band has gone on to play several sellout shows and release their self-titled EP so far this year. Backing this with Triple J radio play (their single ‘Ease’ featured on the 2019 Unearthed Yearbook), a live-to-air performance on 4ZZZ and taking part in the Brisbane City Council run QUBE Effect, the band has now gained national exposure and a diehard fanbase. The Blockades’ live shows are notoriously wild and high-energy and showcase the band’s 2 strong vocalists. Their music blends elements of Alt-Rock, Pop and Noise-Rock creating a unique and powerful sound, which is supported beautifully by layered harmonies and backing vocals. Despite being high school teenagers, the band show great maturity in their songwriting, exploring themes including relationships, politics, sensationalism in the news and mental health.