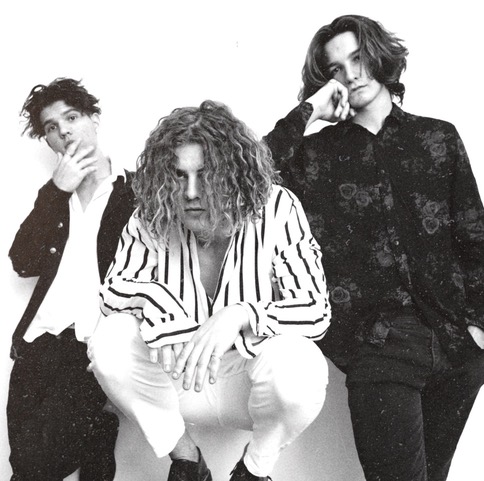 Selfish Sons are a three-piece alternative rock band from Brisbane. Channeling the nostalgic sounds of 90’s rock with dark, poetic lyricism, these brothers have established themselves as eccentric entertainers with a powerful sound. The rock outfit consists of siblings Jordy and Finn who met Jonty in 2010 whilst attending school in Brisbane. Still in high school, they began writing songs and playing shows around the area. The band is influenced by an eclectic mix of artists such as INXS, Catfish and the Bottlemen, Pearl Jam and The 1975.

2018 not only saw the birth of indie rock trio Selfish Sons into the music scene and into people’s hearts, the band also boasted support for prolific international and national acts such as Twin Peaks (US) and Ivey while also coming off the bat of a sold out show for their debut single ‘Spyglass’.The years high was continued with the release of their second debut single ‘Broke’ with a packed out show at The Triffid in Brisbane. In January 2019, Selfish Sons released their debut EP ‘Sixfour’ before embarking on their first ever Australian tour, headlining shows across the East Coast before tying it up with a special SOLD OUT homecoming show at The Foundry in January. The EP has since accumulated over 250,000 streams online. In April, the band announced a spontaneous tour, performing exclusive shows across cities on the East Coast, which included a debut SOLD OUT show in Melbourne. More recently, vocalist Jordy Marcs has had the opportunity to perform on The Voice Australia, showcasing his talent to an overwhelmingly large Australian audience! With an already huge year under their belt, the remainder of 2019 will show a major focus on single releases, festival slots, and national/ international touring. Selfish Sons are an act to keep a very close eye on.