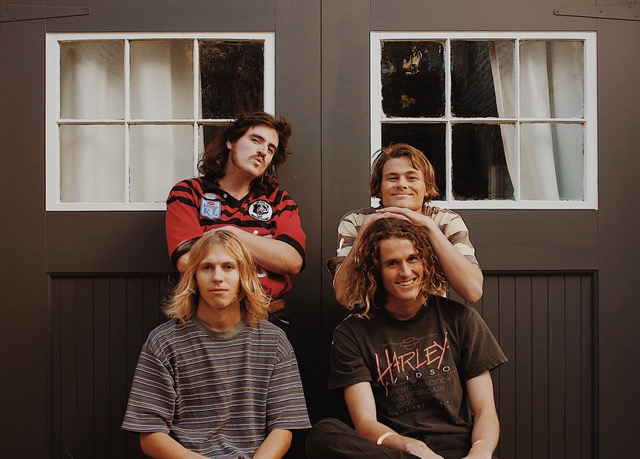 In 2017, on the coastal town of Kiama on Pacific Avenue, a four-piece garage rock band was born, blending authentic rock & roll with today’s modern sound. They released their debut single, “In your Arms”, quickly becoming a familiar track in their set, reaching #1 on Triple J Unearthed in early May, led to the band landing a slot on 2017’s Sounds of the Suburbs festival line up in Cronulla.

They then released “Girlfriend” and “Sally” the year after. With more than 100,000 Spotify Streams, “Sally” was praised by Triple J legends, Zan Rowe & Home & hosed Host, Declan Byrne. Sparking interest, the boys were invited to support Tyne-James Organ on his ‘Watch You Go’ Tour. Pacific Avenue also embarked on their first headline tour up the east coast promoting the release of “Sally”.The band stems its influences from the Surf-rock-garage sound, looking up to bands such as Hockey Dad and Skegss. Other influences include, Gang Of youths, Powderfinger, Catfish & The Bottlemen and Crowded House.

With more releases, Pacific Avenue found themselves supporting artists such as Ocean Alley, The Wombats, Skegss, Thelma Plum, Crooked Colours, British India, and San Cisco, to name a few. The band finished the year off by playing at Jindabyne’s Snowtunes Festival and the Lost Paradise over the new year. 2019 is looking exciting for the boys, having a debut EP on the way, and having supported Tash Sultana and playing alongside Ocean Alley, Lime Cordiale and CLEWS. Keep an eye and ear out for lots of new stuff on the way!